Back pain in the area of ​​the shoulder blades: causes of the disease, treatment

The spine is the main component of the human musculoskeletal system. So, the lion's share of pressure during statics or dynamics falls on the spinal column. Therefore, it is not surprising that a common reason for consulting a doctor is pain in the area of the shoulder blades.

However, the pain syndrome is quite changeable: often pain is provoked not by the spinal column itself, but by a violation of the functions of internal organs. This fact makes it difficult to diagnose the root cause of the pain syndrome and leads to errors in treatment.

Among the main causes of pain, pathologies of the musculoskeletal and internal systems are distinguished.

By the nature of the pain in the back between the shoulder blades, it can be acute (occur abruptly with a rapid increase in strength) or chronic (weak and prolonged). The main difference in practice is that the patient can accurately name the time of the onset of acute pain syndrome. While remembering the circumstances of the onset of chronic pain will be difficult.

A number of diseases can provoke back pain in the area of the shoulder blades, but we will focus on the most common of them.

Radiography is the gold standard for examining the spine. In order to determine the cause of vertebral pain, computed tomography can be used. To study other organs and systems, ultrasound diagnostics or MRI are used. To exclude concomitant pathology, laboratory or other instrumental examination methods may be needed.

These pathological conditions require a specific treatment plan; only a doctor can prescribe drugs. 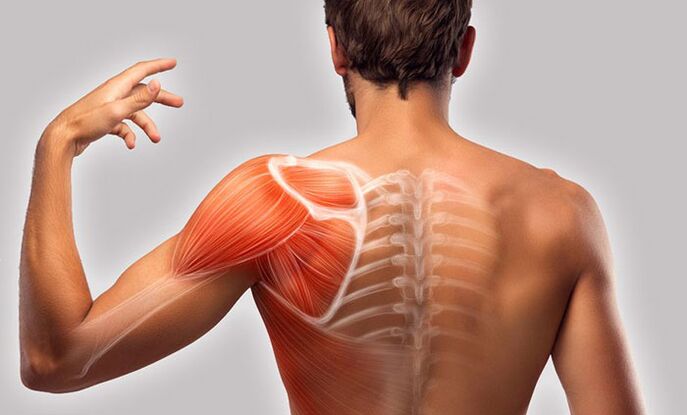 To prevent back pain in the area of the shoulder blades, lifestyle modifications are required: increasing the nutritional value of the diet, playing sports, quitting smoking and drinking. It is important to timely detect and treat chronic diseases, to avoid stress overload.

Remember, pain is not an independent ailment, but a manifestation of a much more serious pathology that requires diagnosis and proper treatment!