Arthrosis: symptoms of the disease, causes of occurrence, methods of treatment

Osteoarthritis is a chronic disease in which the structure of the connective tissues of the musculoskeletal system is damaged. The disease is characterized by a progressive course, against the background of which the cartilage tissue is gradually destroyed. This pathology is diagnosed in many people over the age of 65, since one of the factors contributing to the formation of this condition is the natural aging process in the body.

Description of the disease

A post-trauma, endocrine and inflammatory disease, excessive physical overload, or vice versa, inactivity can provoke the development of degenerative-dystrophic disease. The main signs of arthrosis: pain in the joint area with edema and limited activity in it.

To diagnose the disease, they resort to the help of instrumental techniques - X-ray, arthroscopy, CT and MRI. In the treatment of arthrosis of stages 1 and 2, conservative methods are used - taking medications, physiotherapy, massage and physiotherapy exercises. If irreversible destructive changes have occurred in the articular tissue, an operation is required - arthrodesis or endoprosthetics.

Osteoarthritis is characterized by pronounced changes in the structure of the connective tissue. The formation of deforming erosions occurs on the cartilage, due to which collagen fibers and proteoglycans are destroyed, which contain protein (5-10%) and glycosaminoglycans (90-95%).

As a result, the stability of the collagen network decreases, metalloproteinase is released, and all forms of protein in the extracellular matrix are destroyed. The acceleration of destruction occurs due to the fact that the biosynthesis of collagenases and stromelysin increases.

As a rule, when enzymes are present in the body in normal amounts, they keep the level of cytokines - small peptide information molecules - under control. If arthrosis progresses, the concentration of this protein decreases, due to which enzymes that affect the cartilage are released in a large volume.

As a result, proteoglycans with a distorted structure absorb water, which they cannot retain. For this reason, excess fluid penetrates into the collagen fiber, which begins to "swell", which leads to a loss of strength and elasticity.

The qualitative and quantitative composition of the joint fluid also undergoes changes for the worse. Against the background of arthrosis, a decrease in the concentration of hyaluronic acid is observed in it. The transport of nutrients and oxygen to the hyaline cartilage tissue stops in the volume necessary for its restoration. In the cartilage, softened foci are formed, followed by the formation of cracks, specific necrotic growths. Then the bare heads begin to be exposed, microtrauma appears against the background of displacement in relation to each other.

What provokes the development of the disease

Why primary (idiopathic) arthrosis develops has not yet been established. Such a disease develops without the influence of any factors, so doctors are of the opinion that the cause of such a problem lies in the propensity at the genetic level to premature destructive processes in the cartilage. The formation of secondary arthrosis occurs as a complication of other articular diseases or against the background of an injury.

The presence of the following can provoke the formation of degenerative-dystrophic pathology:

The increased mobility of the joint tissue, which is observed against the background of the production of special collagen fibers in the body, can contribute to the formation of arthrosis.A similar phenomenon is observed in 10% of people living on the planet, it is not considered a disease.Although, against the background of hypermobility, there is weakness in the tendon-ligamentous system, due to which a person is susceptible to injury, especially in the ankle joint, in the form of sprains and rupture of ligamentous tissue, dislocations.

In some cases, problems with hematopoietic function (for example, the presence of hemophilia) can lead to the formation of arthrosis. Against the background of hemarthrosis (hemorrhage into the cavity of the joint), the blood supply to the cartilaginous tissue deteriorates, because of which it begins to collapse.

Among the predisposing factors, it is worth noting the presence of old age, frequent loads on the articular tissue exceeding the limits of its strength, excessive body weight, undergone operations, hypothermia.

The risk group includes women during menopause, citizens living in adverse environmental conditions or in contact with toxic chemicals. If the diet contains insufficient vitamins and minerals, conditions appear for the gradual destruction of hyaluronic cartilage tissue.

Arthrosis is dangerous because the first stage of formation is asymptomatic. The manifestation of the clinical picture of the disease occurs over time, the primary symptoms appear with significant destruction of the cartilage.At first, the patient feels a mild pain syndrome without a clear localization.It occurs after physical exertion - lifting heavy objects, sports training.

In some cases, the first sign a person notes the appearance of crunching and clicks during flexion or extension of the joints. The patient notices that it is sometimes difficult to move around. Although at the early stage of the formation of arthrosis, mobility problems appear only in the morning and quickly pass.

With the further development of the pathology, painful sensations begin to bother at night, due to which the sleep function is disturbed, and also chronic fatigue appears. When the disease progresses to degree 2, the intensity of pain increases against the background of changes in weather conditions, exacerbations of chronic diseases, acute respiratory viral infections.

Physical activity decreases significantly. Mobility is hampered by the thinning of cartilage tissue and the patient's deliberate restriction of movement in an attempt to prevent pain. This increases the load on the tissue of the opposite joint, which contributes to its further destruction.

Arthrosis is characterized by other specific features:

If arthrosis in the knee, ankle or hip joint has developed up to stage 3, a person has to use a cane or crutches when moving.

If you do not start treatment in a timely manner, the disease begins to progress, relapses begin to bother you regularly, besides, exacerbations appear more and more often over time. Stiffness in the morning hours does not go away for a long time, gradually becomes permanent.

When examining a person with stage 1 of arthrosis, the doctor notices only a slight edema of the articular tissue with complete preservation of motor function. Stage 2 of the disease is manifested by soreness and mild deformity on palpation. Bone thickenings form near the synovial cavity.

Arthrosis is characterized by the formation of synovitis - inflammation of the synovium in the hip, ankle, knee or shoulder joint. The main symptom of this disease is the development of a rounded seal near the joint, when you press it, you can feel how the liquid contents move. With acute synovitis, the temperature may rise to 37-38 degrees, headaches, and digestive problems may occur. 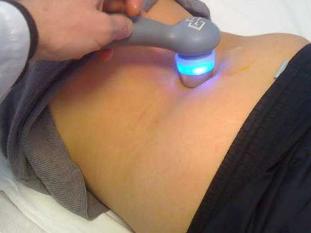 The disease is diagnosed based on the results of the study by instrumental methods, clinical features, anamnestic data, patient complaints. In this case, a clinical study of blood and urine is not very informative - all indicators remain within the normal range, if the cause of arthrosis does not lie in metabolic problems.

If synovitis develops, there is an increase in the erythrocyte sedimentation rate (up to 30 mm / h), leukocytes and fibrinogen increase in the bloodstream.This indicates the presence of acute or chronic inflammation in the body.Biochemical and immunological parameters change with arthrosis of the secondary form.

The most informative way to detect degenerative-dystrophic diseases is X-ray in 2 projections (lateral and straight).

On the X-ray image, arthrosis is visualized as follows:

If the doctor has any doubts about the diagnosis after examining the X-ray images, the patient is prescribed a computed tomography. To assess the condition of the connective tissue located near the joint, MRI is performed. The use of a contrast agent allows you to track in dynamics how tissues are supplied with blood, to determine the degree of inflammation in synovitis. 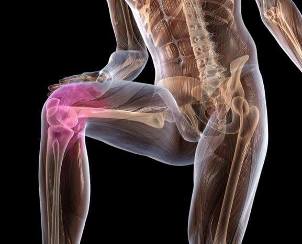 At the moment, it is impossible to completely cure arthrosis, since pharmacological agents that restore cartilage tissue do not exist.The main goal of treatment is to prevent further development of the disease, to keep the joints mobile.Therapy for arthrosis is long-term, complex, involves the use of local and systemic drugs.

Patients should not overload the joints; it will be necessary to limit motor activity with the help of orthopedic devices - orthoses, elastic bandage. Overweight people will have to adjust their diet in order to lose weight over time and start dieting.

When a stable remission is achieved, the patient needs to perform therapeutic gymnastic exercises every day. At first, you will have to do it under the supervision of a specialist, and in the future, you need to do gymnastics at home yourself. In addition to physical therapy, you can sign up for the pool, do yoga or ride a bike.

To reduce the intensity of pain, prescribe the use of medicines belonging to different pharmacological groups:

Also, the treatment regimen for arthrosis involves the use of B vitamins, sedatives, if necessary - antidepressants and tranquilizers. It is compulsory to appoint chondroprotectors in the form of a long course.Means of this group contribute to the partial restoration of cartilage.

In order to increase the clinical activity of the articular tissue, it is necessary to carry out physiotherapeutic procedures - laser therapy, magnetotherapy, UHF.

Any painful manifestations in the area of ​​the joints should be the basis for an immediate visit to the doctor. Treatment carried out at the early stages of the development of arthrosis makes it possible to stop destructive processes in the cartilage, to prevent disability and disability.