Arthritis and arthrosis, what are the similarities and differences

These two words are quite similar in listening comprehension, so many people who say the words "arthritis" and "arthrosis" do not even suspect that these are completely different diseases, although they are associated with joint problems. In fact, both of these diseases are very serious and it is worth knowing what is the difference between arthritis and arthrosis, if only in order not to get into an awkward position in a conversation, because the topic of health is one of the "eternal" topics when one person communicates with another.

Arthritis is a disease that affects most people in middle age (under 40), although there may be exceptions. According to statistics, few people suffer from arthritis, no more than 2% of the total population. However, in essence, arthritis is a severe inflammatory process in which joint problems are only the visible part of widespread inflammation.

In arthritis, the main cause of the disease is hidden much deeper than swelling of the joints, as well as pain that does not leave the patient even during the rest period at night (sometimes these pains only intensify). The cause of this inflammation can be either infection or a malfunction of the immune system. Joints aren't the only organs that get hit by inflammation. Often a powerful blow falls on such internal organs of a person as the liver, heart and kidneys. If the problem of arthritis is ignored, then it is very dangerous not only for human health, but even for his life. 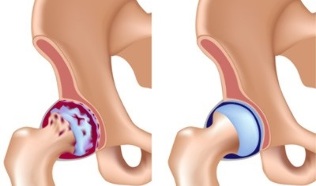 Arthrosis, by and large, is an age-related change that a person undergoes, most often closer to the middle of the second half of life. Quite often, the mechanism of development of arthrosis is provoked by severe injuries in the form of fractures and damage to joints in people over 45 years old.

The reasons for the development of diseases

It is clear that the causes of each of the diseases are completely different.

For arthritis, these may be:

Arthritis are frequent companions of people in such professions as seamstress, hairdresser, masseur, loader, construction worker.

As for arthrosis, here the factors for the development of the disease are:

Hereditary tendency to develop arthrosis, transmitted at the genetic level.

With arthritis, there is severe joint pain, especially when walking or other physical activity. The joint itself swells up noticeably and the skin around the joint becomes hot to the touch. Also, the skin may turn red. The patient develops a feeling of weakness, it is very difficult for him to make any movements with the affected arm or leg. It is especially difficult in the morning after a night's rest. When pressing on the joint, the patient feels severe pain. When performing movements, joints affected by arthritis can crunch severely. The patient may have an increased body temperature, and the patient himself may have chills at this time. In acute arthritis, all symptoms appear simultaneously and abruptly. With chronic arthritis, symptoms increase slowly and gradually. 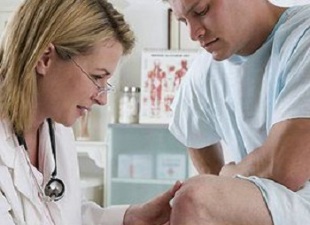 With arthrosis, doctors distinguish four main symptoms of the disease:

The difference between arthritis and arthrosis according to the clinical picture

Arthritis of the fingers 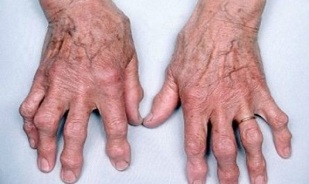 So with arthritis of the fingers, the patient has severe pains that do not subside during rest and at rest. In addition, the skin around the affected joints turns red.

Arthritis can affect a different number of joints from one (monoarthritis) to several (polyarthritis). The joints are swollen. The reaction to pressing the joint can be sharp pain.

As for the crunch in the joint, it may or may not be present.

It occurs most often in the elderly, and in women, arthrosis appears about 10 times more often than in the stronger sex. The main site of localization is the joints between the phalanges of the fingers.

Any movement of the fingers causes uncomfortable pain in the patient. However, at rest, pain is practically absent. The joints are swollen and there may be reddening of the skin around the affected joint. Arthrosis is always accompanied by "dry" crunching in the joints.

The same picture is observed in cases of arthritis and arthrosis of the joints of the toes.

In arthritis and arthrosis, cartilage is destroyed due to contact with the rough and rough surface of the bone. As a result, the process of production of synovial fluid is disrupted, the cartilage is deprived of nutrition, and the joint is deprived of the lubrication necessary for its normal operation.

Chondroprotector prevents these pathological processes. The active substance of chondoprotectors is glucosamine and chondroitin sulfate. The dosage forms for the release of these substances are different and can be used by doctors depending on the situation.

Today, chondroprotectors are produced in the form: 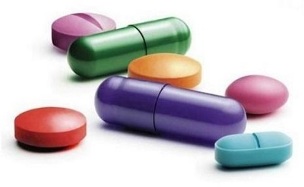 Chondroprotective treatment should begin before the cartilage has completely collapsed. Unfortunately, such treatment is absolutely useless when cartilage is destroyed. The next thing to remember when treating with chondroprotectors is the duration of the course of treatment. The fact is that the process of cartilage restoration is rather long and the minimum course of treatment should be six months, but practice shows that treatment with chondroprotectors takes on average one and a half to two years. If the restoration is not complete, the destruction of the cartilage resumes. As a rule, chondroprotectors do not have any side effects on the patient's body, the maximum that is observed in practice is mild intestinal disorders. The only complication may arise in the treatment of chondroprotectors in persons suffering from diabetes mellitus. When treating them, the dose of insulin should be correctly calculated, since chondreoprotectors contain glucose. And it is also not recommended to use chondreoprotector during pregnancy, as well as for the treatment of children.

Today in the arsenal of doctors dealing with the treatment of problems of arthritis and arthrosis, there is a number of effective drugs for treatment.

Treatment with chondroprotectors should be started under the supervision of a physician, otherwise the treatment may be ineffective.

Wash, cut into pieces without peeling. Potatoes are heated in water at a temperature of 38 degrees. Then a compress is applied to the sore spot. The potato layer should be 1. 5 - 2 centimeters. It is necessary to bet at night. The course of treatment in this way is seven to ten days.

Ointments in the treatment of arthritis and arthrosis

At the initial stages of the development of arthritis, as well as arthrosis, the use of ointments for external use can help in the treatment of the patient. A specialist will select the appropriate drug based on the results of the examination.